Personal injury attorney John Giuffré and his team at Giuffré Law Offices, P.C. know how to investigate truck accidents. If you’ve been severely injured in a truck accident, you need a dedicated and experienced Long Island truck accident lawyer with the resources and tenacity to take on the largest trucking companies and their insurance carriers and get justice for you and your family. Call Giuffré Law Offices for a free consultation after a truck accident in Nassau County, Long Island or New York City. We’ll work hard to see that you get the care and compensation you need and deserve and that justice is done in your case.

New York Harbor is one of the largest natural harbors in the world, and the Port of New York and New Jersey is the busiest port on the nation’s east coast. Over three million containers come and go through the port every year, and they either get there or leave there by rail or semi-truck tractor-trailer. Truck traffic can be seen moving through Long Island and New York City at all hours year-round. Big rigs and 18-wheelers are vital cogs in our state and national economies, but they can pose significant dangers to the individuals and families sharing the. Large commercial vehicles and semi-trucks get into over a thousand crashes every month in New York City, and the results are often disastrous to the occupants in the smaller cars.

Giuffré Law Offices handles all types of motor vehicle accidents in Nassau County, Long Island and New York, with a special emphasis on truck and tractor-trailer collisions involving catastrophic injuries or wrongful death. These cases must be handled with an extraordinary degree of care and competence to make sure injury victims can afford medical treatment, rehabilitation, and the myriad additional costs that have befallen them due to a truck driver or trucking company’s negligence.

Weighing up to 80,000 pounds, a loaded-down tractor-trailer weighs nearly 20 times more than the average car and 16 times more than a typical SUV. In a crash, that weight is multiplied by the speed of the vehicles to deliver an enormous force on impact. The 40 tons of an 18-wheeler also mean the truck needs far more stopping distance, and the trucker needs far more reaction time, to safely deal with a sudden traffic slowdown, object in the road, or other traffic condition. Additionally, even a single tractor-trailer has blind spots for the driver on both sides of the truck, behind the trailer and in front of the cab. These blind spots go on for several car lengths and multiple lanes, making it imperative that truckers signal their intentions far in advance of a turn or lane change, and that their mirrors are properly adjusted and checked before executing any maneuver. Sudden moves can be deadly.

To drive safely, truckers need to be behind the wheel of a safe vehicle that is well-maintained. Unfortunately, annual roadside inspections turn up defective semi-trucks by the thousands. Safety agencies immediately pull these trucks out of service because of bad tires, bad brakes, non-working signal lights, lack of required equipment, and other failures that make them too dangerous to be on the road even a minute longer. These inspections also uncover a staggering number of drivers without the proper licenses or who have been driving long past the maximum hours allowed for safety.

The hours of service rules set by the Federal Motor Carrier Safety Administration (FMCSA) are generous, and truck drivers can lawfully put in some of the longest days of workers in any industry. FMCSA regulations allow a truck driver to be on duty for 14 hours a day and drive for 11 hours daily up to 60 hours in a seven-day workweek or 70 hours in an eight-day “week.” After that point is reached, truckers have to take off for 34 hours (less than a day and a half) before restarting their week all over again. The trucking industry lobby had a hand in writing these rules and was even able to kill a proposed safety rule that would have required two periods of overnight rest during the restart.

Trucking companies push drivers, and truck drivers push themselves, to drive as long as possible to maximize profits and pay. Even in this era of electronic log tracking, truck drivers have been known to falsify their records and logs and drive even longer than the law allows. Drowsy and fatigued driving is a very real concern for truckers crossing the country on long, boring drives while trying to stay alert and attentive to the road. 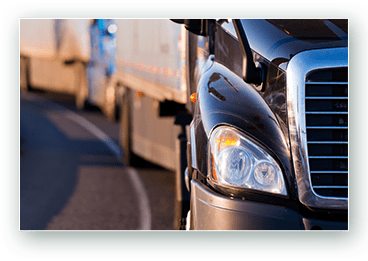